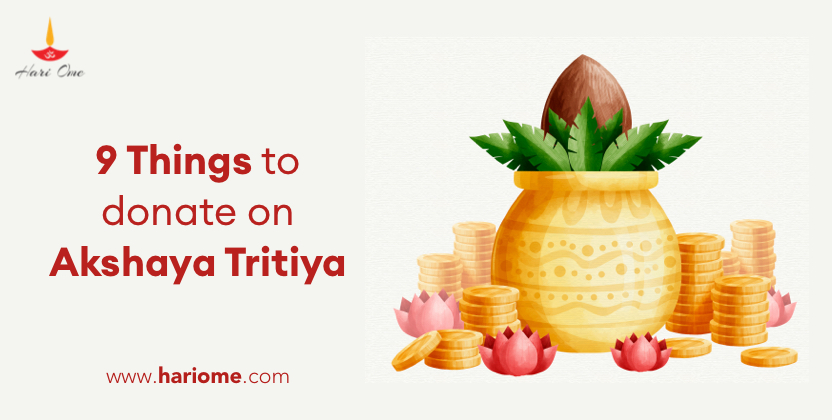 Bed or mattress donation: Donating bed, mattresses, floor mats, or bedsheets can protect the household from getting nightmares. People also donate these for a blissful and happy marriage.

Donating Kumkum: A woman donating kumkum on this day stays prosperous and leads a life as Saubhagyavati(The excellence and blessedness consisting in possession of a husband)

Udakumba donation: One of the important donations on the day of Akshaya Tritiya is the Udakumba donation. Unmarried women will get married, and women without kids will conceive by donating copper or silver Kalash with water, saffron, camphor, tulsi, and Areca nut(Vaka).

What is the speciality of Sri Rama Navami Prasadam?