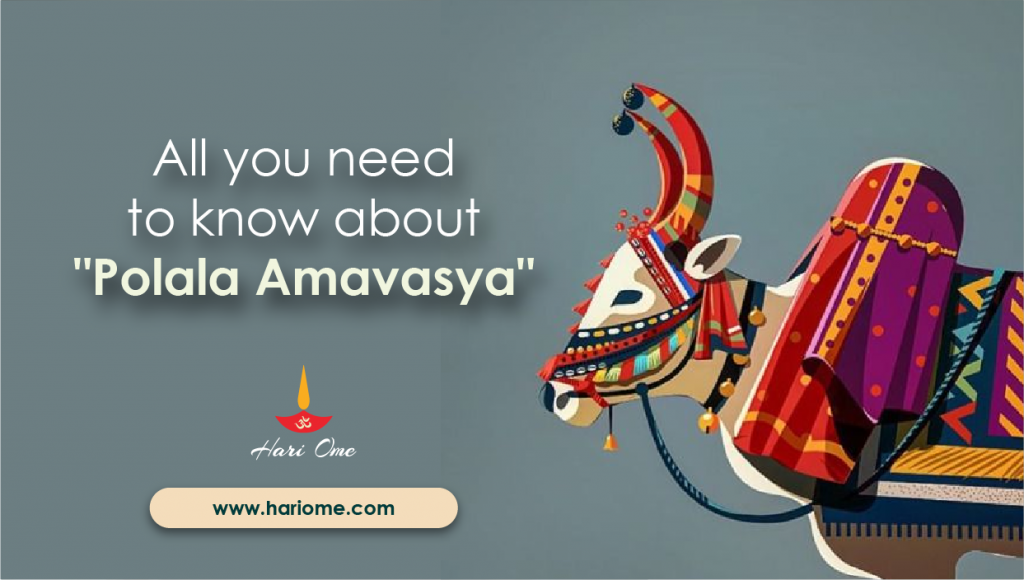 Goddess “Poleramma” is the one who is worshipped as the village goddess. In almost every village and town outskirts, one can see the temples of these goddesses being worshipped.

It is believed that the goddess will bless the devotees with children those who don’t have and those who have children will be blessed with good health. So, this Vrat is to worship this deity.

“Polala Amavasya Vrat” is one among the Vrat’s that are observed during the month of Shravanamasam, the popularly known Vratalamasam.

It is celebrated on Bahula paksha Amavasya that falls in the month of Shravan Masam. The name of this new moon is ‘Polamavasya’. It is also known as ‘Polala Amavasya, Polalamavasya, Polambavratam’.

It is said that observance of this scripture removes the ‘fear of death” for children and prolongs life expectancy.

There is also an exciting story circulated in regards to this ritual.

Formerly a Brahmin couple lived in a village. They had seven sons. All of them got married when they reached puberty.

They also had children, and all seven moved out and lived separately in the same village. These seven sons looked forward to Shravan Amavasya after saying that worshipping and observing Vrat for Goddess’ Polamba’ would benefit their children.

As soon as the Shravana Masam arrived, they performed many Vrat’s and started making necessary arrangements to observe “Polambavratam” on the last day of the new moon.

But when all the seven family members were prepared for the Vrat, the seventh daughter-in-law’s son died that morning.

As a result, they were unable to perform the Vrat, and when they tried to observe the Vrat the following year, the other son of the seventh daughter-in-law’s died. The same happened the next year too.

The following year, the eighth year, all the necessary arrangements were made for the Vrat and, however, that morning, the other child of the seventh daughter-in-law. Seeing this, she thought that everyone would blame her if they knew about it and get angry again. So, without saying a word about it, she kept the dead child’s body at home and participated in the Vrat along with the others.

Although everyone was observing the Vrat with joy, she participated in sorrow, and the night went on like that. Once after the entire village became calm at night, she carried the dead child on her shoulders and went to the ‘Poleramma’ temple on the outskirts of the town, placed the child on the steps, and cried mourning about how to bury?

Meanwhile, the goddess Poleramma completed her village tour and reached the place. The goddess saw the woman crying and asked her the reason.

On hearing the entire scenario, the Goddess Poleramma took pity on her and gave her a few Akshitaan. She asked the lady to sprinkle them where the kids are buried and told to call the children by their names.

The following day she explained the matter to the remaining six members and everyone in the village. They were all delighted, and apart from that, it is said that this auspicious Vrat was only known to a few people till then and has been started by everyone since then.

However, Goddess’ Poleramma’ is a deity worshipped as a village goddess. One can find the temples of these goddesses or public worship in the outskirts of almost every village and town. It is believed that the goddess will bless the devotees with children those who don’t have and those who have children will be blessed with good health. So, this Vrat is to worship this deity.

On this day, the women should wake up in the morning, complete the activities, clean the house and go to the Poleramma temple along with kids and worship. After reaching home, devotees should worship Poleramma with turmeric or turmeric twig and recite Parvathi Ashtothram during the Puja. After completing the Puja, take one of the Toram prepared by tying a turmeric twig to the yellow thread and offer it to the goddess Poleramma. Then place the remaining Toram around the child’s neck.

One can perform the Puja this way and offer curd rice as Prasad. Everyone should eat the curd rice as prasad after the Puja.

The scriptures say that observing this Vrat on Shravana Bahula Amavasya every year bless devotees with children, eliminate the fear of immortality for the offspring, and prolong life expectancy.

What is Pushkara according to science?

The process of doing ganesh pooja on vinayaka chavithi for the...