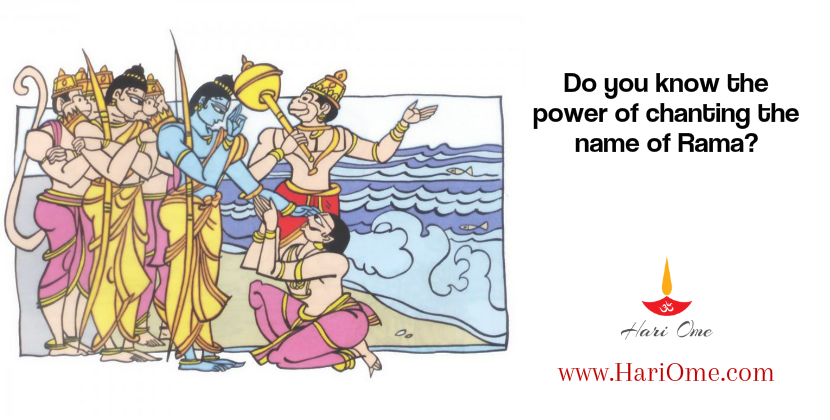 After the demise of Ravana in the fierce battle, Vibhishana was coronated as the king of Lanka by Sri Rama. After that Rama left to Ayodhya along with Sita. Vibhishana was ruling Lanka sophisticatedly. Once a friend of Vibhishana visited him and stayed there for sometime. When he wanted to go home the ship has already left. He came to vibhishana and told that he has to go home and the ship had left.

Then Vibhishana took a parchment and wrote something on it. Vibhishana gave that folded parchment to his friend and told him that he can freely walk on the sea and reach the other shore. Trusting his Vibhishana’s words his friend took that parchment, kept it safely in his clothes and started walking on the sea. He came half way happily and his curiosity rose to a level that he is very interested to look what was written in the parchment. He opened it and saw the word Rama inscribed in it. He ridiculed the word at once thinking that this small word made him walk on the sea. He immediately lost his control on the water and drowned. This is the power of Rama Naamam. It can take you where ever you want to go.


Warning: A non-numeric value encountered in /home/hariom15/public_html/hariome.com/wp-content/themes/Newspaper/includes/wp_booster/td_block.php on line 1009 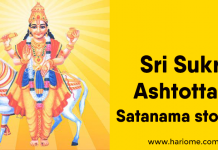 Do you know what is the central principle of Hindu dharma