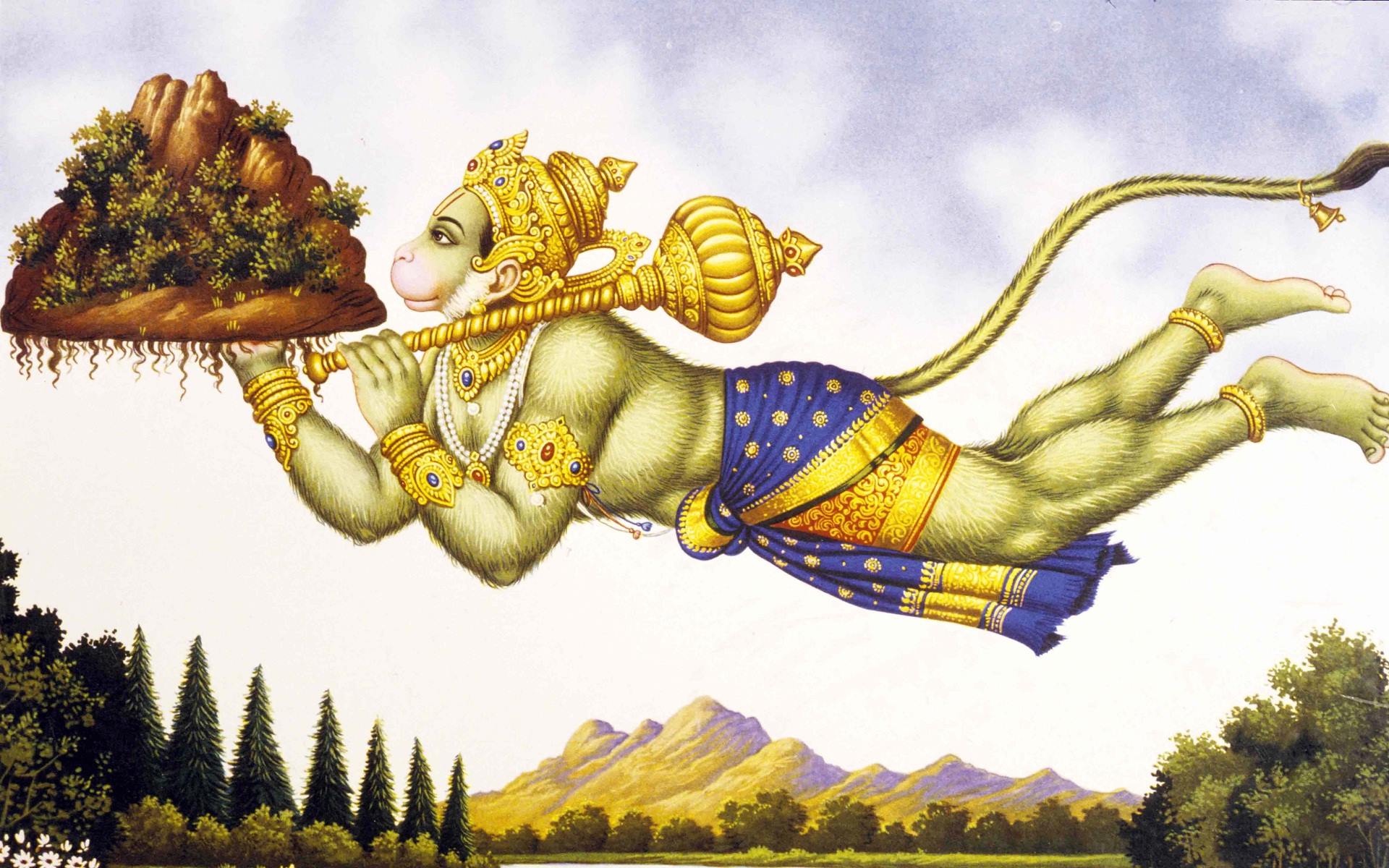 Anjaneya’s other name is sundarudu. As an epitome (symbol) of anjaneya, Sundarakanda is also present as a part of the great epic Ramayana.

“Hanuman” means who possesses broken cheeks.  Lord Anjaneya, the son of Ajani Devi in his childhood at one early morning when he stared at the sun, looked like a big fruit.

With the most happiness uttered in his face, he wanted to eat it very soon. Quickly he rose into the sky and swallowed whole the sun at one attempt.

The whole universe went dark, all the gods including lord Indra (king of gods) got frightened.

Devendra got angered and attacked anjaneya with his mighty weapon “Vajrayudham”. Anjaneya was born due to the blessings of Maha Siva and boon given to Vayudeva.

Colliding both the powers a huge power was achieved by hanuman such that he wouldn’t die even though he is attacked by Indra’s powerful weapon. But anjaneya got his cheeks fractured and went unconscious.

Because of this brutal scene vayudeva got frustrated and blocked air in universe and went into a cave.

All the living things started dying due to lack of oxygen. Observing all these situations lord Indra realized his mistake and asked vayudeva to forgive him.

Lord Siva blessed anjaneya as “Chiranjeevi Hanuman” (immortal). Thus vayudeva felt happy and came out of the cave and saved the whole life.

Thus anjaneya got his name Hanuman.

What Happens When Kumkum Falls Down?

Some ayurvedic tips for cold