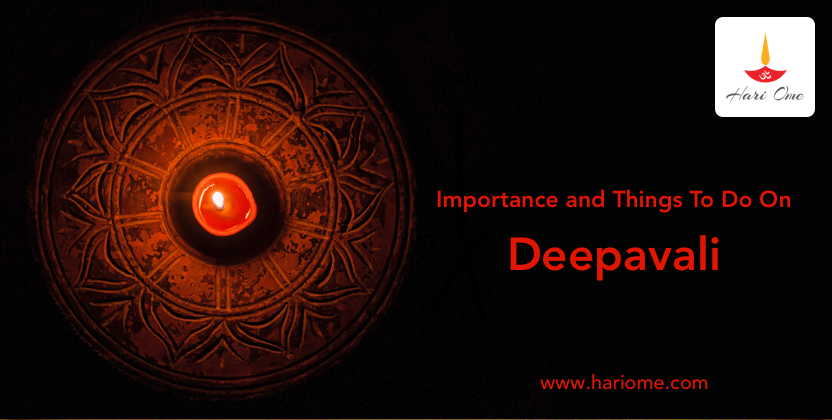 1. Deepavali and its importance

According to Hindu scriptures, there are many stories behind the celebration of Deepavali. The prominent ones being, Lord Vishnu, incarnated as Vāman, defeating the emperor Bali and pushing him to the netherworld by his feet and people celebrated the victory as Deepavali by lighting diyas.

Another prominent one being, when Lord Shri Rama, after his victory over Ravana, returned to Ayodhya with Sita, Lakshman and Lord Hanuman, got crowned as the King, and people of Ayodhya celebrated Deepavali honouring this.

There is one more story, and this is about Lord Krishna along with his wife Satyabhama killed Narakasura and people lighted diyas to celebrate the victory of good over evil.

Other belief beings, Deepavali is celebrated by lighting diyas in the open to show the path back to one’s ancestors to Pitruloka, who descended on to the earth during the holy fortnight of Mahalaya.

The luminance and dazzle of the diyas lighted on the auspicious day of Deepavali is believed to be greater than that of a thousand suns. It is strongly believed that lighting the diyas with cow ghee or sesame seed oil brings goodness and prosperity.

Significance of Muladhara Chakra or the Root Chakra

Remembering Rama Janma Bhoomi: Rama Mandir is the need of the...