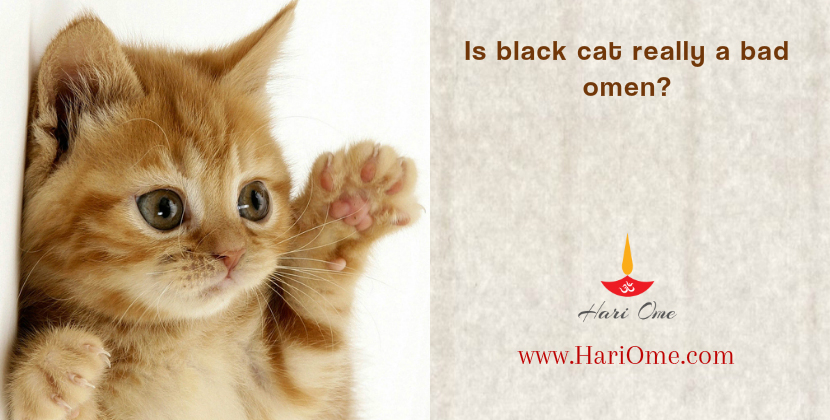 There is a common belief in India that if a cat crosses the path when we go out, it is considered as a bad omen. Let us throw some light on the facts. Cat is called as Marjalam in Sanskrit. There is no mentioning about cats in any of our religious scriptures or astrology. In face all the animals possess extra senses which a human being is not aware of. Cats also have peculiar quality predicting weather. Actually they won’t predict on their own but we can expect weather changes by watching their actions and behavior. If a cat is clawing the carpet and curtain too much, it indicates the arrival of wind and if a cat is washing its ears then it indicates heavy rainfall.

Some people feel that it is a bad omen when a cat crosses path when they step out of home. We often see black cats are shown as the symbols of devils in many movies irrespective of language. Cats are normal beings like any other animals. They are a collective part of evolution. So it is very unfair to consider cat as a bad omen. There are many people all over the world who love cats and in India too. A village goddess Shashti is associated with Cats. Cat is her vehicle. Shashti is said to be the consort of Lord Subrahmanya.

What is the reason behind celebrating the festival Dussehra?

Do You Know What is the Central Principle of Hindu Dharma