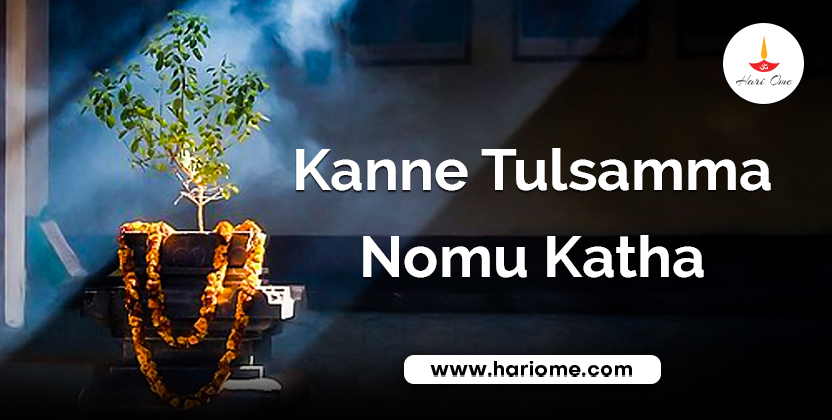 A Brahmin had two wives and the first wife has a daughter. The second wife tortured the stepdaughter and the girl suffered a lot. The stepdaughter couldn’t bear it and left for her grandfather’s house. After a while, the second wife looked at her husband and asked him to go and bring his daughter as it’s been so long. But he refused. so, she went and brought the stepdaughter home after convincing her. One day after performing the Tulasi Puja, she offered Ariselu(sweet) as Prasad to Tulasi. she then gave half of it to her stepdaughter.

She prayed to the holy Tulasi by offering the half arise given by her stepmother. Then Tulasi appeared told that – “You have observed Kanne Tulasamma Vrat previously and broke the rules. So, your mom died and you are suffering because of it”.

Hearing this, the stepdaughter observed the Kanne Tulasamma Vrat for one year and then the stepmother started loving her immensely. That’s how the daughter performed the Vrat.