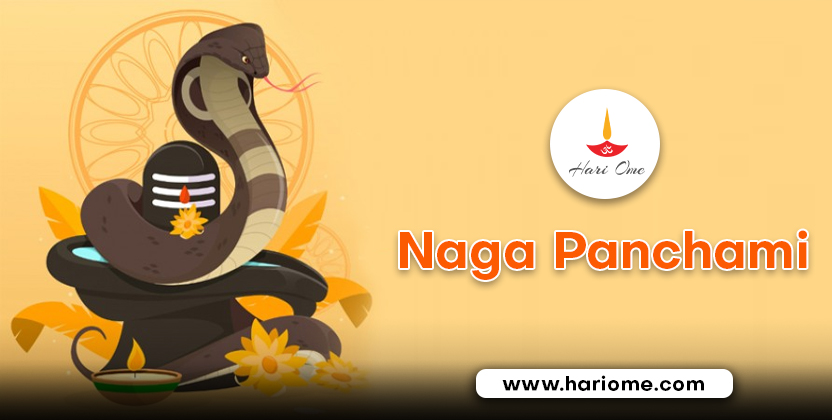 The 5th day of Shravana Masam is called “Naga Panchami” by few people, and some also call it “Garuda Panchami”. The Naga Puja has a great significance and tradition in Indian culture.

The reason is, during ancient times, Lord Vishnu was immensely pleased with Adisesha’s devotion and offered him to ask for a boon. Therefore, Adisesha wanted “humankind to worship and offer prayers to them on the day of Panchami on which they emerged”.

So, Lord Vishnu gave his word saying that mankind will worship and offer prayers to Adisesha and his lineage on the day of Naga Panchami.

On the day of Naga Panchami, People worship snakes and offer Wheat payasam as Prasad. The devotees observe fast during the day and eat at night on that day.

For those who worship Naga Devatha’s on the day of Naga Panchami:

One should recite this Mantra while pouring the milk in the snake burrow(or an anthill in which the snake resides). It is believed that those who worship on the day of Naga Panchami will be protected from poisonous afflictions.

Those who recite the Naga Stotra every day and also on the day of Naga Panchami will be free from any afflictions, sufferings, or sensory diseases. There will be a positive development in the family lineage.

The fertility issues will be solved. One attains success, and all the tasks will be completed without any hurdles. One will be free of Kalasarpa dosha and Naga Doshas.

Garuda Panchami that bless you with good offspring:

So, Shravana Shuddha Panchami is called both ‘Naga Panchami’ and ‘Garuda Panchami’ as the Serpent and Garuda are both born on the same day.

Since the serpent species originated on the day of Shravana Shuddha Panchami, Naga puja is performed on that day to avoid the fear of snakes and also being ‘Garuda Panchami’, many devotees perform Garuda Panchami Vrata to attain such maternal devotion. However, it is said that women having brothers are only eligible to perform this puja.

Gauri Devi, who gives good fortune as well as good offspring, is worshipped during this Vrata. This significant ritual should be performed for ten years and then be concluded.

Usually, any mother would wish that her son be admired by the entire world and to make her feel proud one day, and Garuthmantha did the same by bringing the cauldron of amrita from heaven to free his mother from slavery by fighting with Devendra.

Lord Mahavishnu himself was pleased with his bravery, and thus Garuda remained as the vehicle mount of Lord Vishnu. So, it is believed that observing the Garuda Panchami Vrata on such a day can bless one with brave and healthy offspring.

Who are Naga Sadhus?