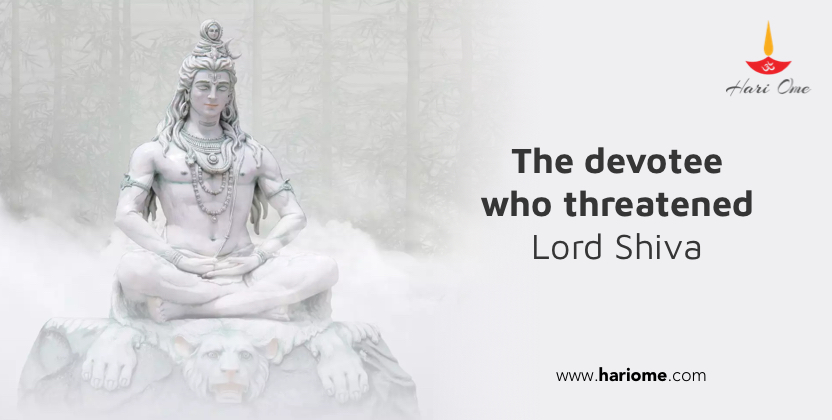 There once lived a devotee named Rudrapasupati who is very innocent. He used to go to the temple every day and listen to stories and Puranas. He believed all the stories to be true and one fine day while listening to Harikatha(tale), he heard that Lord shiva drank the Halahal in one gulp during Samudra Manthan to save the world. And as Lord Shiva held poison in his throat he is named “Garala Kantudu”.

After listening to the story, Rudrapasupati felt unsettled thinking Why did Lord Shiva consume the poison when there are many other gods around and went to Lord Shiva temple immediately feeling concerned for God.

Rudrapasupati’s heart is filled with sorrow for Lord shiva’s action, and he started insisting Lord Shiva to spit out the poison immediately. When there is no response, he took a Knife and threatened Lord shiva that he would harm himself by slitting his throat if Shiva wouldn’t spit out the poison. Looking at the entire scenario, Lord Shiva was delighted and impressed by his devotee’s unconditional love and made him part of his soul for the boundless devotion.

What is Shiva Tatva, the great philosophy of Lord Shiva?

Are you a devotee? Here is a checklist from Sri Rama