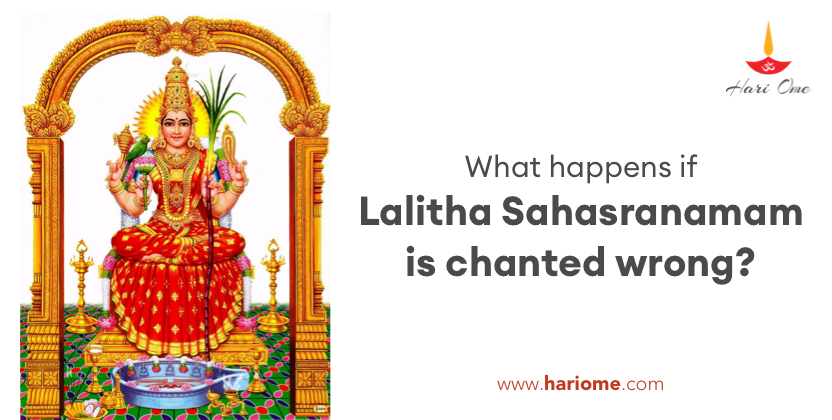 What are the negative effects of pronunciation mistakes while chanting Lalitha Sahasranamam?

Lalitha Sahasranamam is considered very holy and must be chanted with utmost purity and devotion. The vibrations and sounds that occur during the chant will release different powers. So, it is important to correct your mistakes before starting the Mantra. To get the errors corrected and read the Mantra right, one needs the help of a Guru. If there is a language issue, it is suggested to approach someone who knows the language. Just the way we visit a doctor for collecting medicine, it is important to approach a Guru for learning to chant the Mantra without mistakes. One should avoid taking chances by Chanting the Mantra looking into the book. Somehow if there are one-two mistakes while chanting after trying your best, the Goddess forgives you but still, the devotees are supposed to ask for forgiveness at the end of the chanting.

If there are any errors while chanting the Mantra, one should ask for forgiveness. But, after giving your best, the apology and request for forgiveness will be approved by the Goddess and not when you chant for granted. Just like performing auspicious puja’s at a particular time of the day, Lalitha Sahasranamam should also be performed morning and evening after Deeparadhana. Apart from doing the Puja at home, the devotees can chant the Mantra internally while travelling irrespective of place and time.

Matangi – The Goddess of Knowledge and Intellect

Why so many Gods? – A simple thought