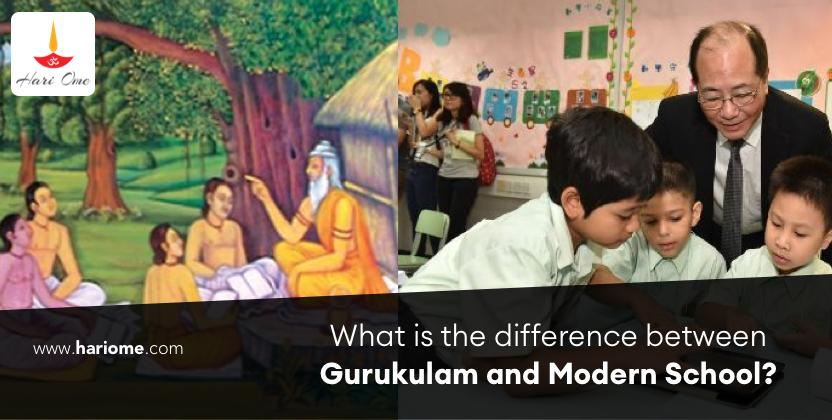 In Gurukulam, both teaching and being well mannered are considered equal. In Gurukulam, being truthful to one’s self is considered greater than excellence. If education imparts knowledge, behaviour develops the skill of communicating face-to-face.

Salutation to the Guru who eradicated the blindness and opened the eyes of knowledge to the disciples who closed their eyes in the stage of ignorance. They teach this kind of significant mastery in Gurukulam.

When it comes to convent studies, we pay money, and they educate the kids. Though they get ranks and jobs, we do not see anything bigger than a business trend. In short, the teacher stands, and Students learn sitting in the convent, while if the Guru sits in Gurukulam, all the disciples will stand and learn.

It is an open secret that right now, our education system is in a commercial state.