Why Do Hindus Wear Janeu ?

A janeyu is a string made up of some consecrated threads to be worn by orthodox male Hindu Brahmins, Kshatriyas and Vaishyas. However, the type of janeyu differs from caste to caste and community to community. Brahmins, Kshatriyas and Vaishyas wear threads made out of cotton, hemp and wool, respectively. The upanayana samskara or sacred thread ceremony is generally observed between the ages of seven and fourteen. In case the ceremony does not take place due to some reason during this age period, then it has to be performed before the marriage of the individual. The purpose of this ceremony is to prepare a young man to share the responsibilities of his elders. The thread is worn by the male in the company of a group of Brahmins chanting the Gayatri Mantra. The thread is twisted in an upward direction. The ceremony heralds that the wearer of the janeyu can hereafter actively participate in family rituals. Brahmins use a janeyu with three strands, which stand for the Hindu trinity of Brahma, Vishnu and Mahesh. Others interpret it as the symbol of Mahasaraswati, Mahalakshmi and Mahakali. Many people believe it to be related to the past, present and future. Out of all such opinions, the most appropriate is that the three strands stand for Ida, Pingala and Sushumna Nadis, through which the kundalini shakti or hidden energy operates in a human body.

A janeyu is made of pure cotton strands. Cotton seeds have seven layers. In a human body to there are seven sheaths and also seven chakras. Therefore, pure cotton is spiritually compatible with the human body. This, however, is yet to be established by contemporary science. Before being worn, a janeyu is charged with appropriate mantras and is further sanctified by applying sandalwood paste and by soaking it in unboiled cow milk. Such a janeyu works on a person as an antenna to receive divine vibrations, particularly when it is maintained by following the prescribed instructions and code. According to Ayurveda, a nerve called lohitika goes to the urinary track passing through the region of the right ear. When one slightly presses this nerve, the urinary track opens easily, and the person is able to pass urine fully, thus throwing out toxins from his body. For this reason, Hindu males wind up the janeyu over their right ear to press this nerve while urinating. The lohitika nerve is also connected to the testicles and helps in checking hernia. Incidentally, modern doctors pierce the right ear lobe to check the growth of a hernia in a man. Thus, one can safely say that there are scientific reasons behind wearing the janeyu. The janeyu is worn on the left shoulder by an orthodox Hindu. It has six holy threads for a married man and three for a Brahmachari or bachelor. In the south, old janeyus are discarded and new ones are worn on the shravana Purnima while chanting the Gayatri Mantra. Similarly, following a birth or death in the family, the janeyu is removed and replaced with a new one after thirteen days of the event. This is done because the janeyu is not an ordinary thread; its sanctity is liable to be disturbed if it is not worn properly or changed on the occurrence of some inauspicious event. Similar to Hindus, Parsis too wear the kusti around their waist, which symbolises the tenets of their faith. A kusti is woven with seventy-two threads of fine lambs’ wool. The number of threads denotes the chapters in the Yasna, the Parsi book of worship.


Warning: A non-numeric value encountered in /home/hariom15/public_html/hariome.com/wp-content/themes/Newspaper/includes/wp_booster/td_block.php on line 1009 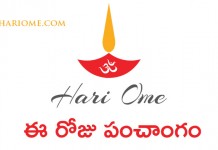