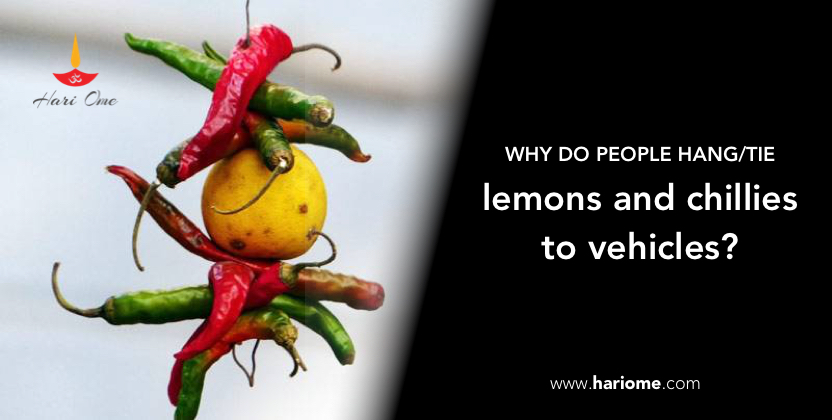 What is the scientific reason behind hanging lemon and chilli?

Hindus usually follow the ritual of performing Puja when they buy a new vehicle. Considering it, people even follow this ritual when they buy second-hand or used vehicles to use them the latest. Usually, the vehicles are taken to the favourite temples for Puja rituals.

People mostly prefer temples of powerful gods like Lord Hanuman or Goddess Durga as they are known to fight the dark and evil forces. So, while performing the Puja, the priest prepares a chain including flowers, lemon, and chilli to hang it to the vehicle. But, what can be the reason to tie lemon and chilli?

Lemon immersed in a glass of water – What does it mean?

Why was he called Durandharah?

The Only Real Solution to Phone Addiction