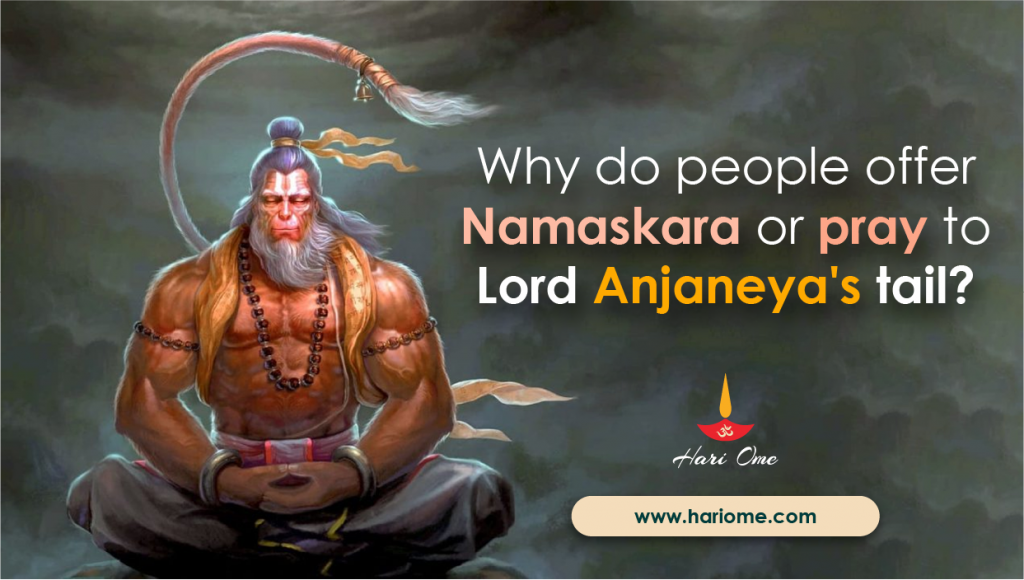 The devotees offer Namaskara to Lord Anjaneya’s tail as he is considered Rudra Veerya Sambhav.

“Nashivena Vina Devi” – which means there is no Eshwari(Supreme goddess) without Eshwar(Supreme being Lord shiva).

So when Eshwara was incarnated as Lord Anjaneya, the holy Jagadamba goddess “Parvati” conserved her power in the tail of Lord Anjaneya. So, the devotees of Lord Hanuman have also developed a special sadhana called Walapuja.

The devotees collect the pictures of Lord Anjaneya and perform puja to the Tail part for 24 days. Every day they chant Mahamantra by applying one drop of sindoor for every mantra. It is believed that the devotees will acquire the blessings of the Goddess by following this ritual.

This puja is called Hanumat Wala Puja. This puja must be performed with utmost devotion, proper rules, and a strong Sankalp. So, the energy is believed to be conserved in his tail.

The devotees should offer prayers to Lord Anjaneya and his tail.
Jai Ishwaranjaneya.

How Lord Anjaneya got his name as “HANUMAN”?