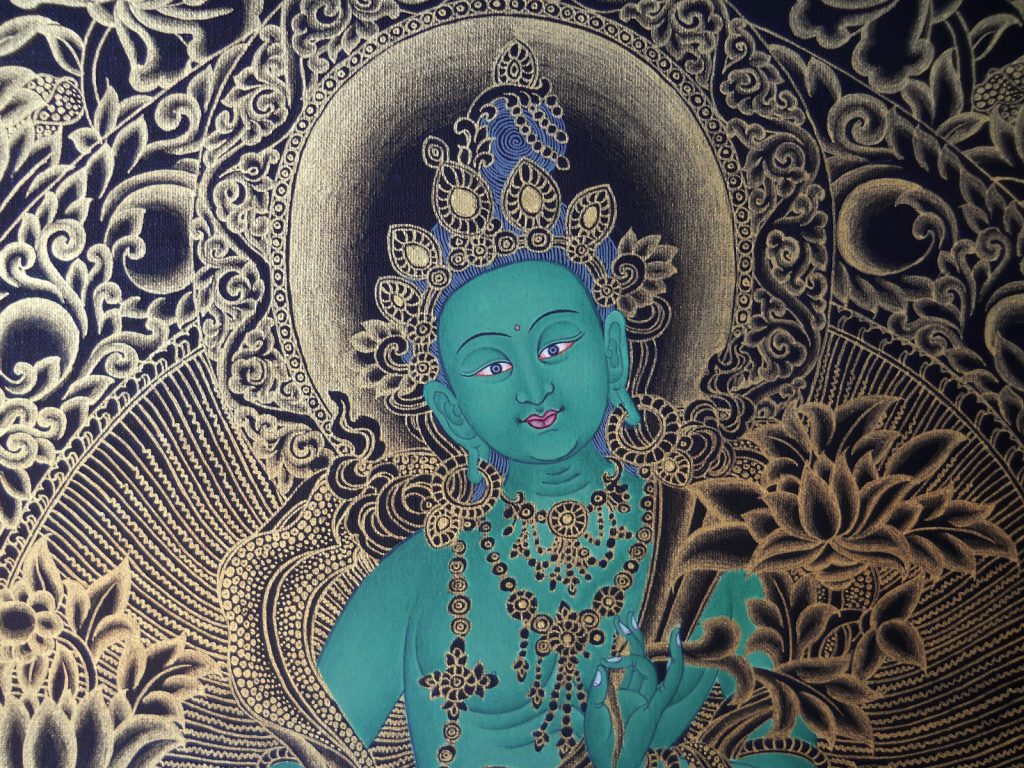 Tara – The goddess of liberation

Tara is the second of Dasa Mahavidyas, the ten highest orders of knowledge. Tara resembles Kali in looks as they both are dark blue in colour and appear fierce with long red tongue with blood dripping form it. She is also a fierce deity or Ugra Devata. But she shows motherly love towards her devotees.

Tara, the name which bestows peace

Tara is the goddess of liberation and peace. She bestows her worshipper or sadhaka with everything including material and cosmic peace. Tara translates in to star. She shines like a brightest star and rescues her devotees from daihika (relating to body), daivika (relating to destiny) and bhoutika (relating to material) maya.

Goddess Tara was the saviour of Lord Shiva at the time of churning of the great milky ocean. We know that Lord Shiva is the one who absorbed all the poison which emerged out of the churning. After taking in all the poison Lord Shiva fell unconscious due to the effect of poison. Then her almighty manifested herself in the form of Tara, took Lord Shiva in to her lap and fed him with the milk from her breasts. In return she absorbed all the negativity from the body of Shiva which was caused by intake of poison. Lord Shiva regained consciousness and whole deities hailed her name.

Worship of Goddess Tara is mostly done in tantric ways. She has to be worshipped in Vamachara system. Her sadhana is very feminine and one should not have females as enemies to worship her. She is mostly depicted as main goddess in Buddhist Tantras. They worship Tara as one of their prime goddesses. However, Buddhism emerged out of Hinduism.